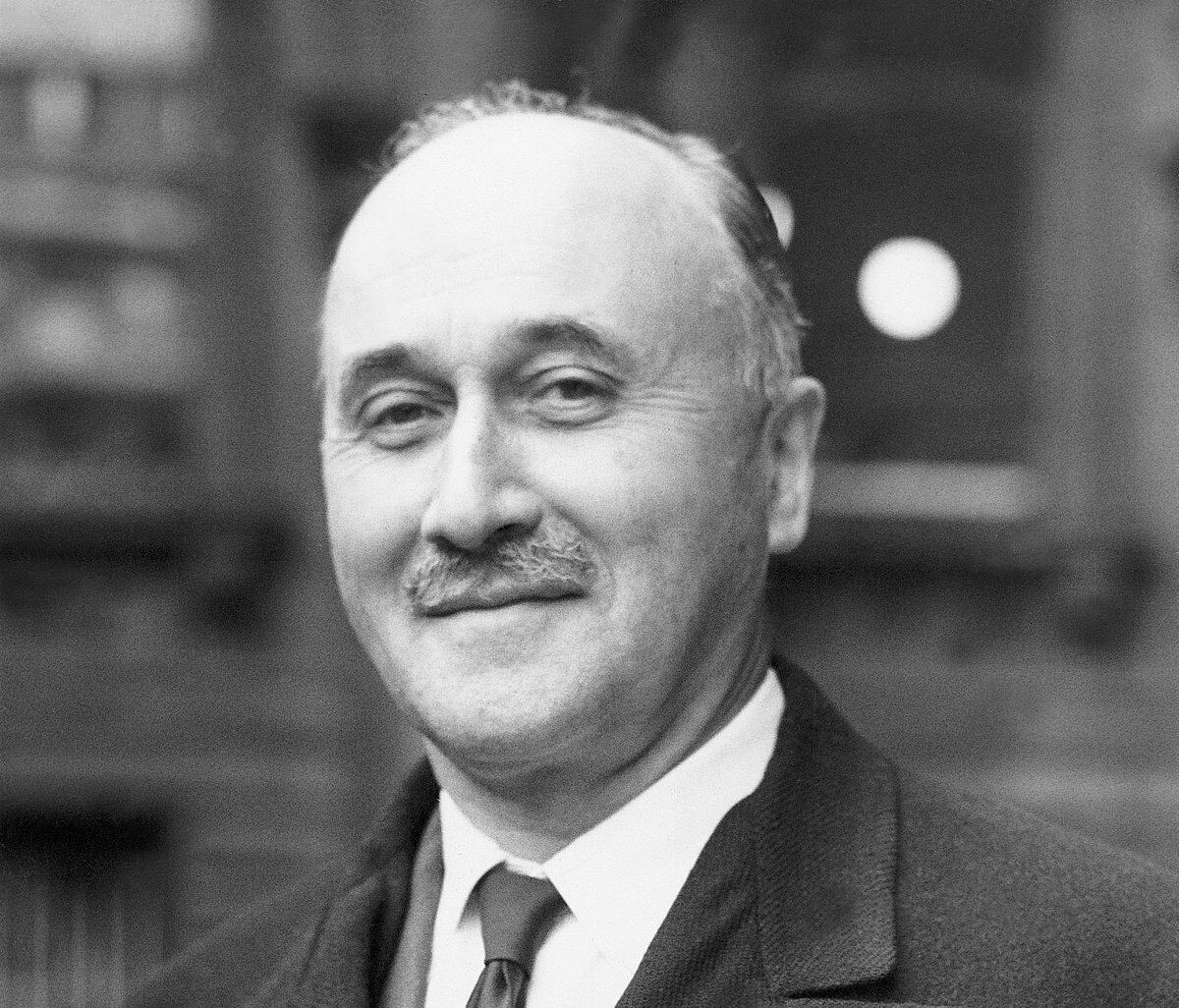 For many of those interested in the history of European integration, Jean Monnet was the man, who one might imagine to be a bit austere, who inspired the construction of the democratic Europe we now call the European Union.

His portrait was prominently displayed next to that of the great poet Goethe in the small German class I attended in my high school years in a small town in the Ariège Pyrenees,

He was for me, at that time of adolescence, a great Man who had done nothing less than reconcile French and Germans, which I admired enormously!

It was only later, when I befriended Pascal Fontaine, who was Jean Monnet's last assistant, that I learned a little more about this character who was much more than the image of the great European, devoted and tireless, that the contemporary history books give us,

Many facets of the character have taught me to respect him and to be inspired by him:

A few points of reference from his actions and thoughts have guided me, in all humility, in my life's journey and my commitments,

It is these teachings that have helped me to forge my convictions and inspired my reactions to a European news made of ups and downs, without ever falling into frustration or indifference,

In the mid-1980s, when I inspired the creation of the European business counters ("Euroguichets", which became Euro-info-Centres, and now the Europe Enterprise Network), I had the intuition of the importance of a small, concrete action to bring the rules of the European single market to small businesses. Nearly forty years later, this network has continued to develop to the point where it is considered an exemplary example of European integration.

This is why I have proposed, for the renovated Jean Monnet Association in 2021, the objective of another concrete achievement which seems to me to be indispensable today: the the creation of a European civil protection corps to deal with climatic disasters and other emergencies such as the influx of Ukrainian refugees at our borders.

Exasperated by the inability to make Europe concrete and the retreat of the Community method, I co-wrote in 2009 with my friend Bruno Vevera pillar of the Jean Monnet Association, a small book entitled " The European citizen must be saved In 2020, I went even further with "The European Union", going against the grain of a Europe increasingly marked by inter-governmentalism. In 2020, I have again forced the line with " the twilight of bureaucrats "We have to imagine ordinary citizens who want to rebuild another Europe on the ruins of a Union that has gone astray,

Finally, it was as a demanding European that I took on the role of President of an institutional body of the European Union, the Economic and Social CommitteeThe European Commission has been a strong advocate for the European Union, never hesitating to make a discordant voice of a European civil society more concerned with the people of Europe than with the interests of the financial markets,

Jean Monnet left the Presidency of the " United States of Europe Action Committee "He resigned from the Committee on 9 May 1975, both for health reasons and because he felt that the Committee needed to reconsider itself with the advent of the European Council. However, the last lines of his MemoriesIn this regard, the following comments are made: "...  But Europe is lagging behind on the path to which it is deeply committed ".. Almost 40 years later, we can only echo his doubts: " Have I made it clear enough that the Community we have created does not have an end in itself?

Is it not time to take up the ambition of the "Action Committee for a United States of Europe"?

Yes, I think it's high time to do so indeed!

Henri Malosse, President of the association