The Association for Europe 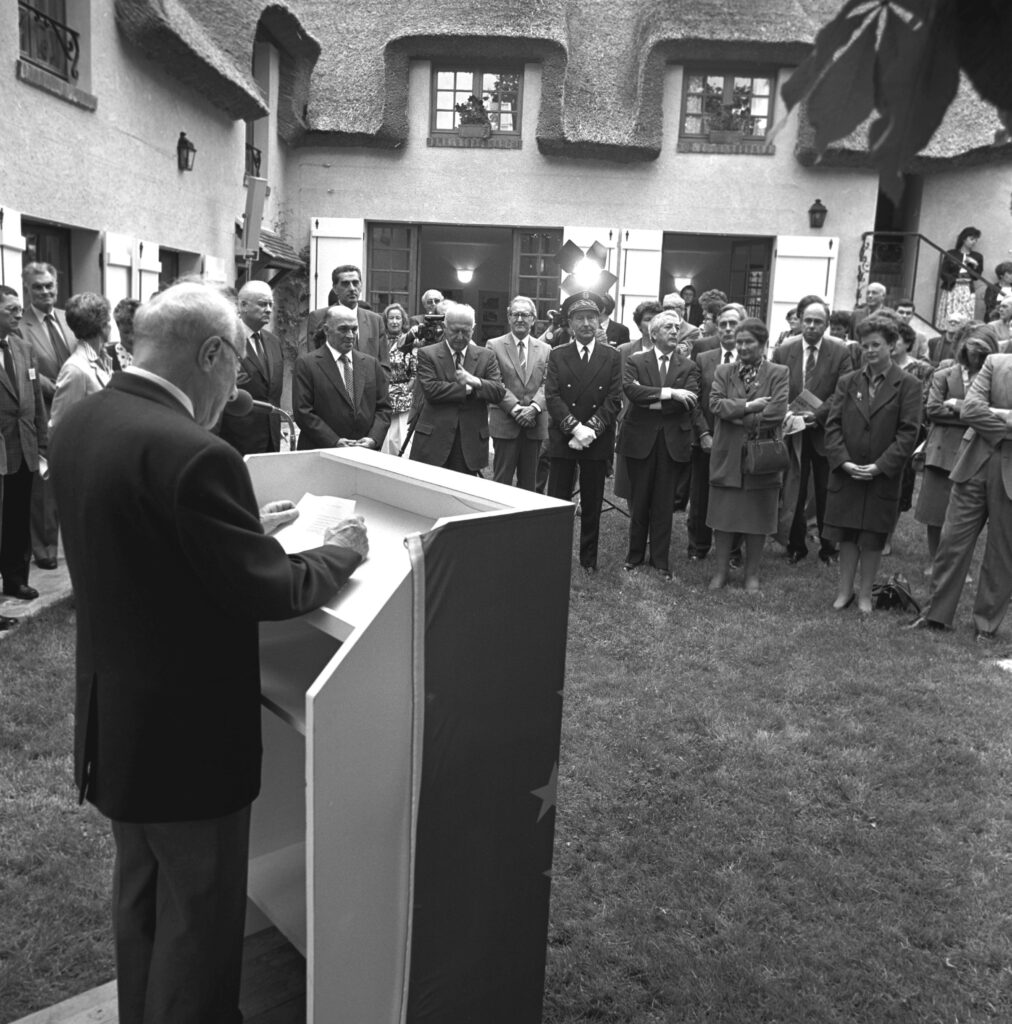 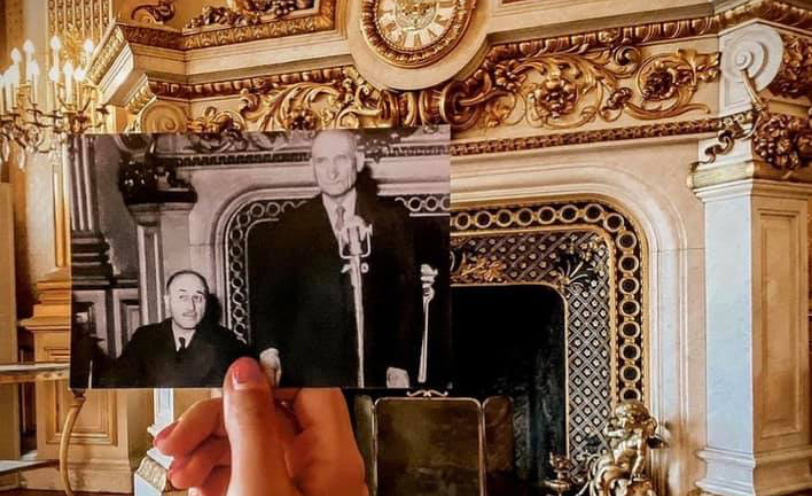 Two years later, in 1988, decreed as "the first European Jean Monnet Year "On the occasion of the centenary of his birth, President François Mitterrand paid a final tribute to this "Great Man" by having his ashes transferred to the Panthéon during a solemn ceremony attended by the heads of state and government of European countries.

Since its inception, the Jean Monnet Association's main objective has been to pass on the memory and legacy of the man who is today considered one of the Fathers of Europe. Today, it continues to share the power of Jean Monnet's actions and teachings with an ever-growing public.

Maintaining the legacy of Jean Monnet also means contributing to the development and strengthening of his legacy, the European Union. This is why the Association strives to convey the values of the Union, such as peace, solidarity, tolerance and the common interest, as well as to shed light on the construction of Europe and the current state of affairs in Europe today.

In 1990, the European Parliament entrusted the Association with the task of reviving the House of Jean Monnet, in Houjarray near Paris, as a place of remembrance, transmission and education.
Over the years, with the help of the European Commission, the European Parliament and the Conseil régional d'île de France, the AJM has become the full manager of a place of remembrance, conferences and education, welcoming up to 20,000 visitors per year and organising more than 250 conferences each year, mainly on the site of the Maison de Jean Monnet, helping to bring the EU and its citizens closer together.
The association also works with a network of schools to promote European history and provides lecturers and teaching materials.

At the same time, the Association carries out or participates in other projects with the same objective, and in keeping with the spirit of Jean Monnet who wished to unite the peoples of Europe, also takes part in events aimed at encouraging dialogue and intercultural discovery.

In 2018, the Parliament took over the management of the House of Jean Monnet and gave the AJM the opportunity to rediscover its initial vocation of "bringing Jean Monnet's European ideas to life in the present time" by proposing concrete ideas for the future of Europe and its citizens.

Peace
by the unit 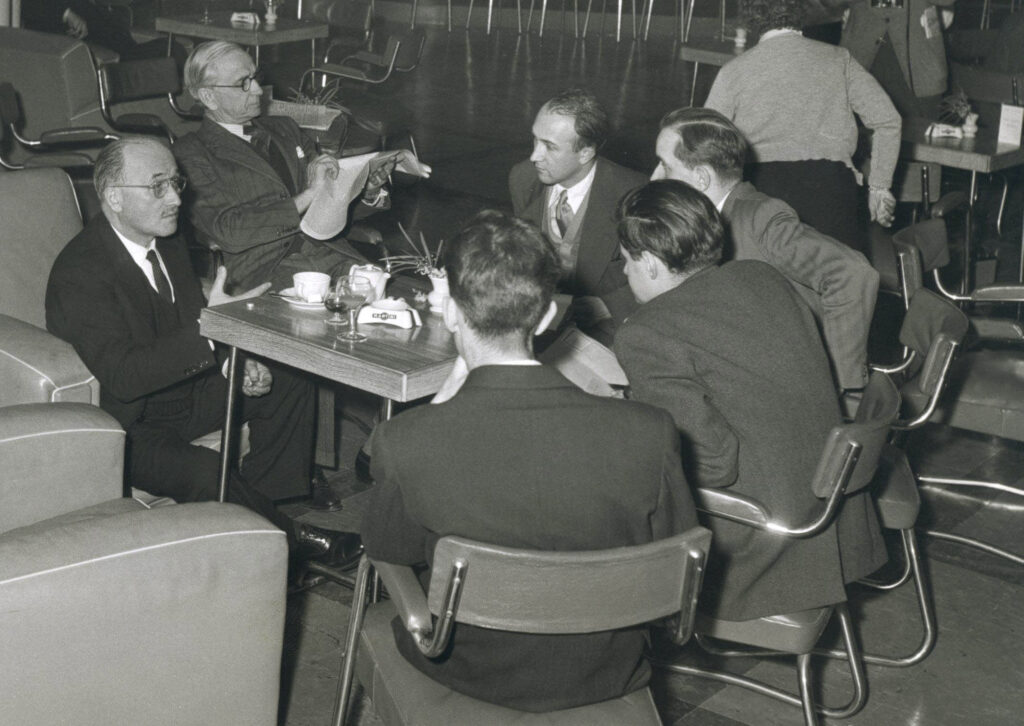 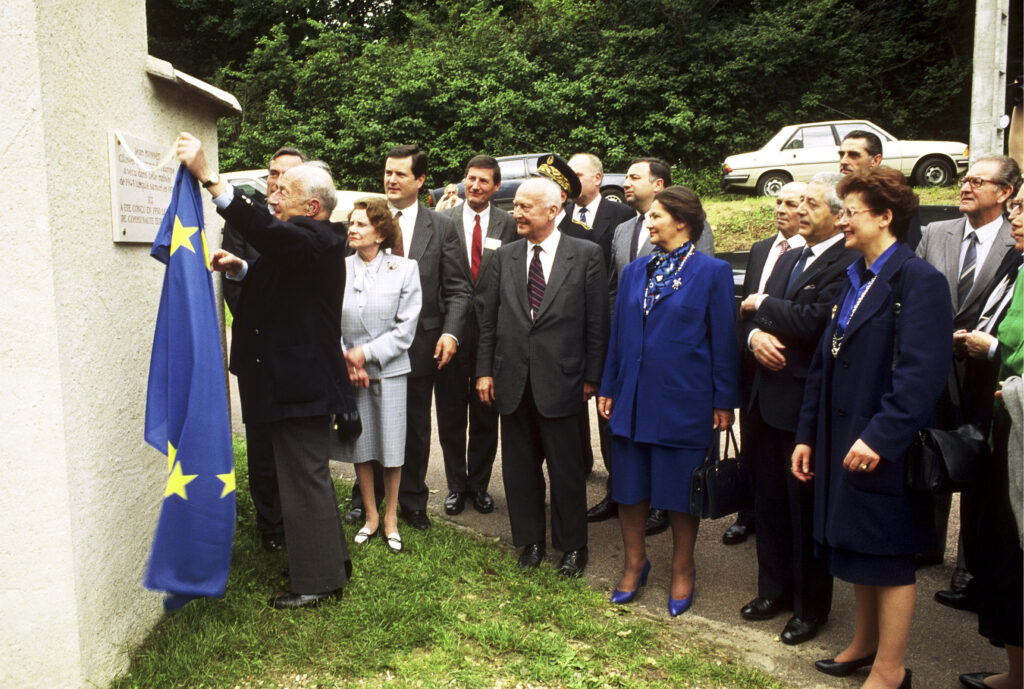 Inauguration of the Jean Monnet House

12 June 1987, Étienne HirschPresident of the Association of Friends of Jean Monnet, unveils, in the presence of former presidents of the European Parliament Pierre Pflimlin and Simone VeilThe commemorative plaque recalls Jean Monnet's presence in Houjarray from 1945 to 1979. 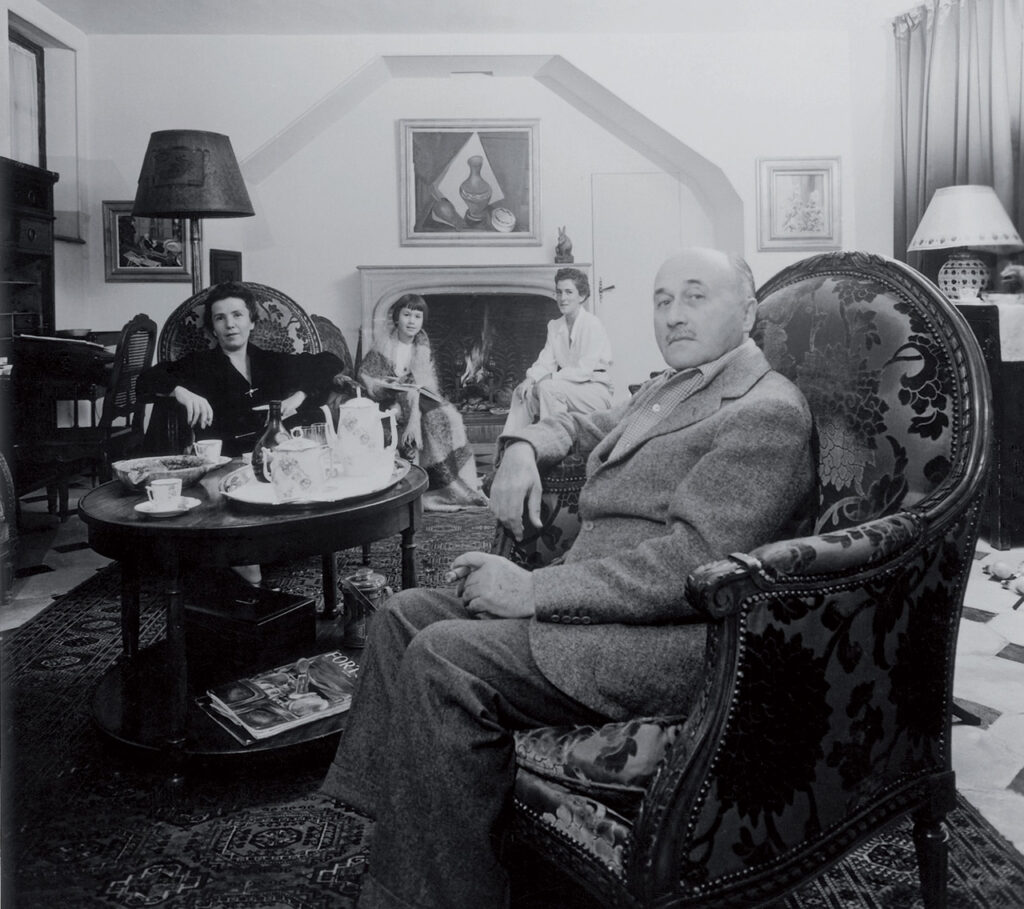 The Association, mandated to implement information and communication actions in order to increase awareness of Jean Monnet's work and the durability of his name, has had more than 1500 French public places named "Jean Monnet", including many high schools and colleges.

A house for the association

The Association of Friends of Jean Monnet becomes the Jean Monnet Association.
Lhe European Parliament, which has owned the House since 1982, has entrusted it with the management and animation of the House. Wishing to make the citizens of Europe aware of this highly symbolic historical place where "Europe was born", the association reconstitutes Jean Monnet's living environment and turns it into a house-museum, and gives lectures on important and constantly renewed themes, from the construction of the European Union to the development of the European Union. European. 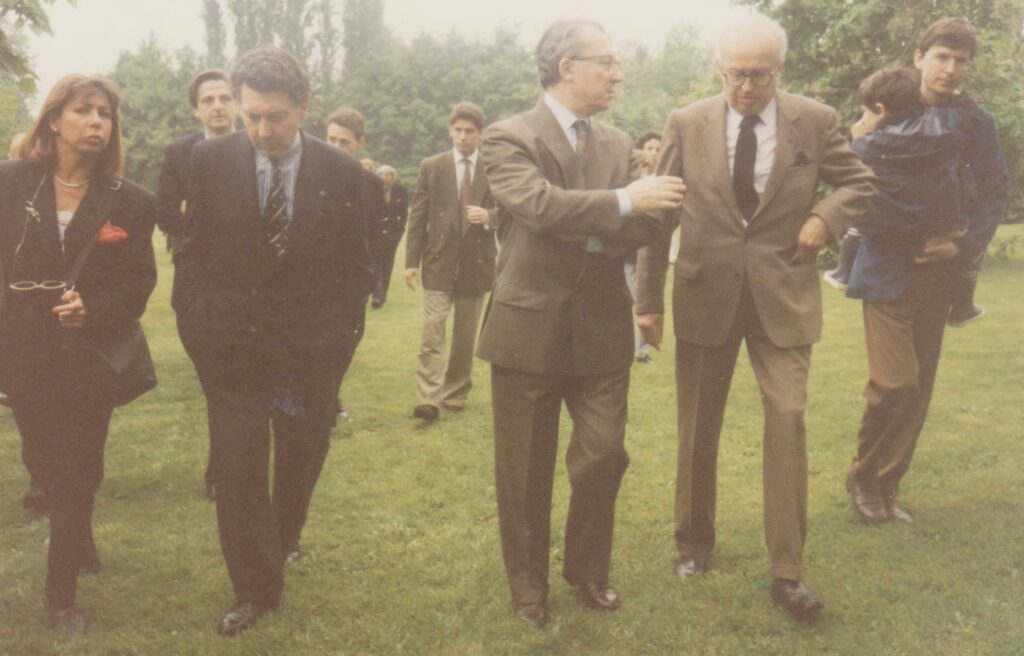 Jacques Delors, President of the Commission of the European Communities, plants a tree in the garden of the Maison Jean Monnet

This gesture will become a commemorative tradition. 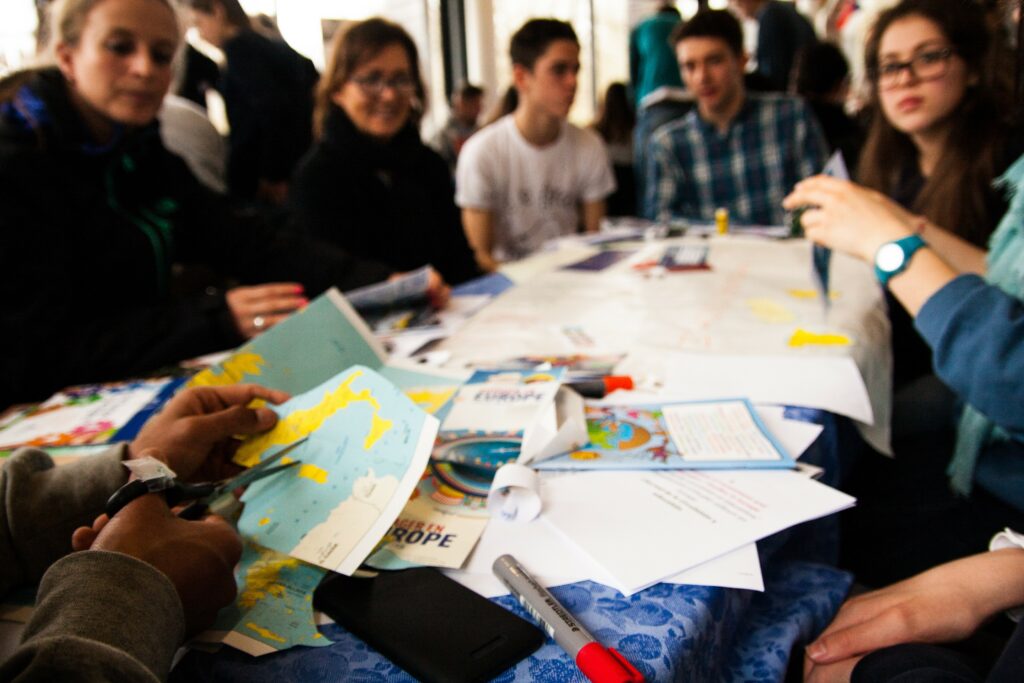 Passing on and learning

The success of the visits to the House led the Conseil Régional d'Ile de France in 1995 to set up a partnership programme between the Association and the region's schools.
training and information on construction and current affairs
The programme is renewed every year. This programme, which is renewed every year, has
a great success and complements the training in a pedagogical way
school students with 200 lectures per year.

The association will also create a dedicated website for teachers providing educational kits (the european notebooks). 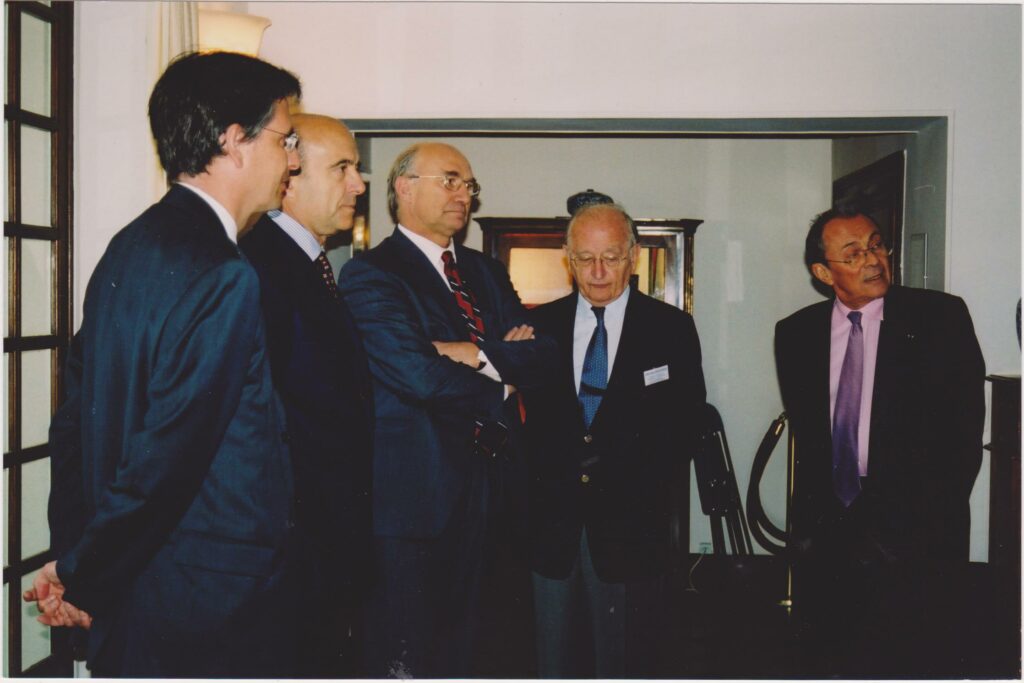 Adrien ZellerPresident of the Alsace region

Helmut Schmidtformer Chancellor of the Federal Republic of Germany 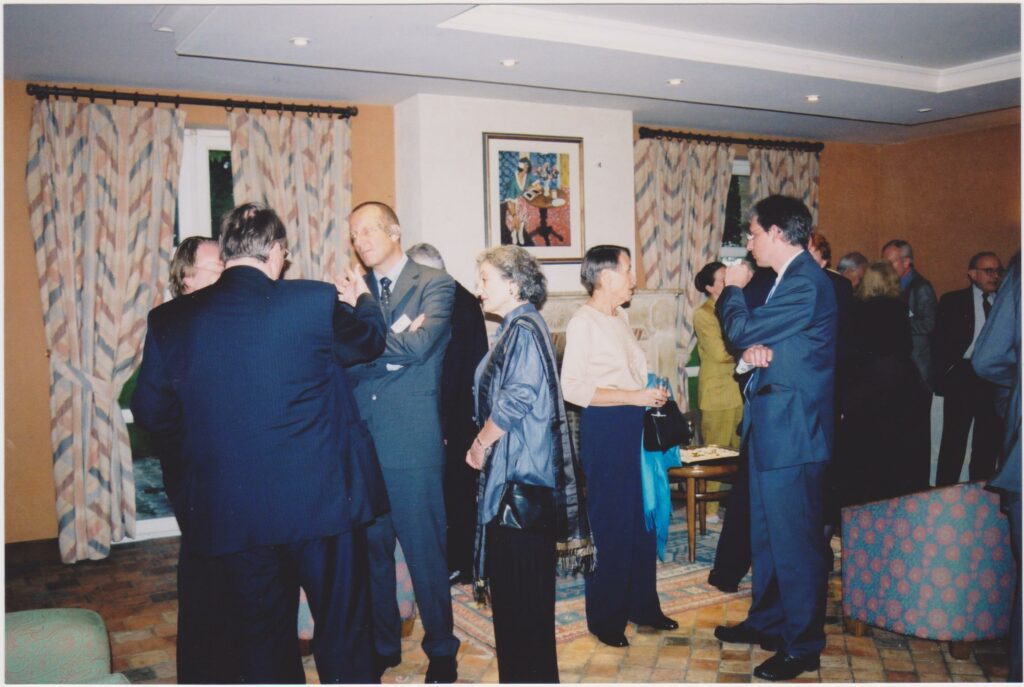 Marianne Monnet at a Franco-German meeting 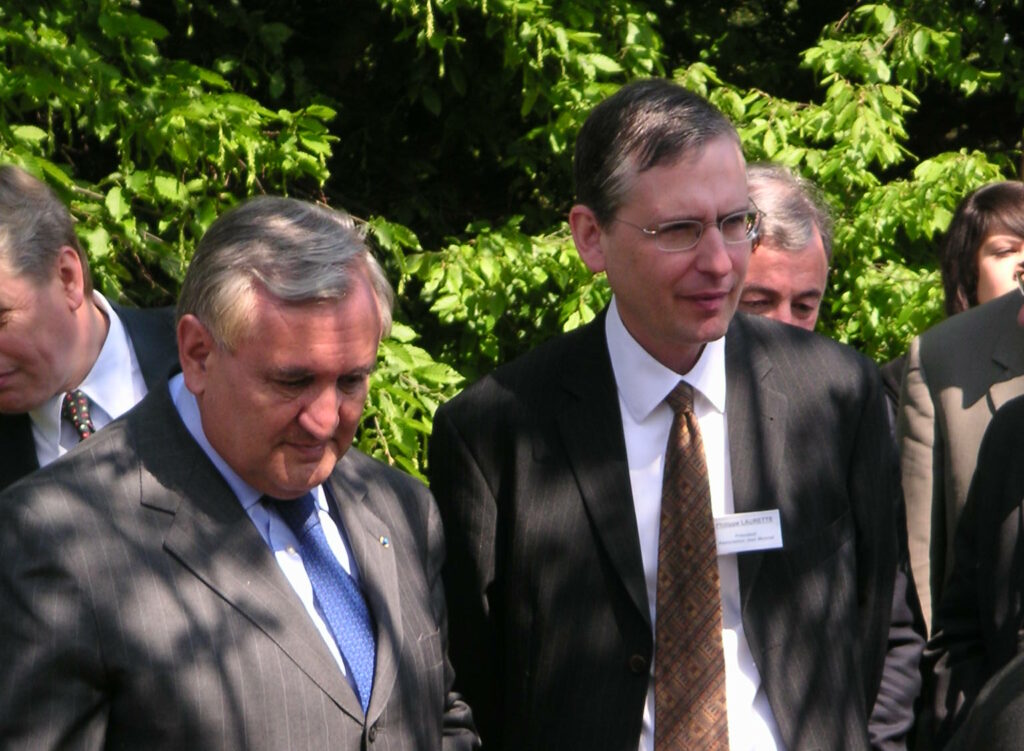 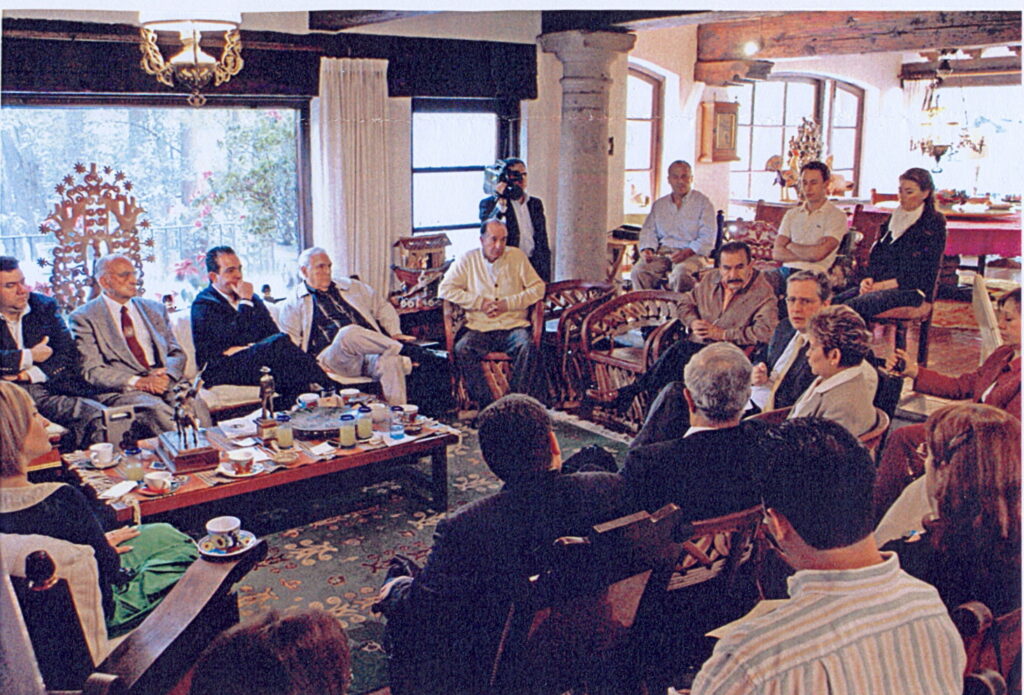 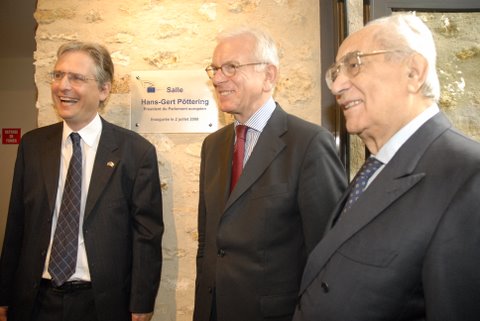 A new conference room at the Maison Jean Monnet 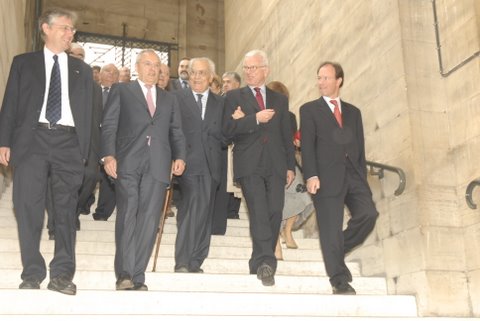 Tribute to Jean Monnet at the Pantheon 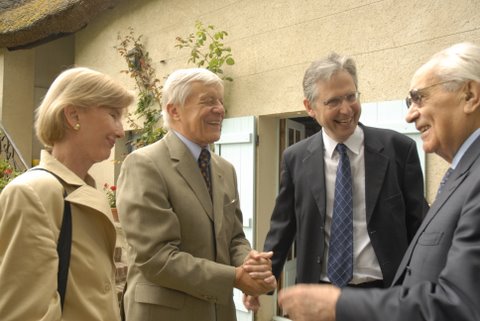 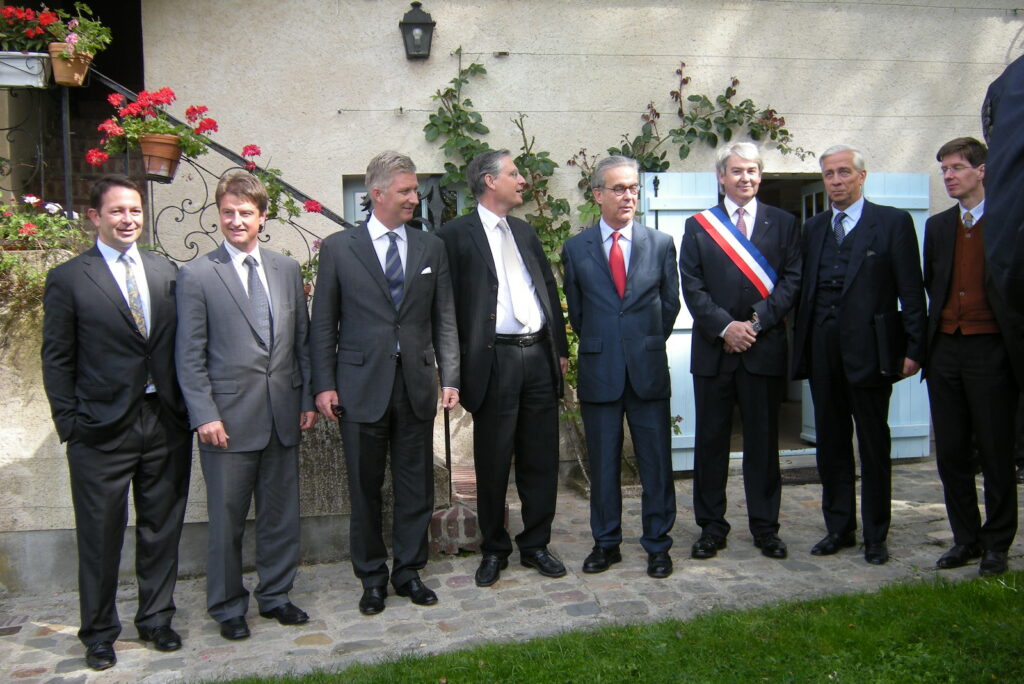 Reception of Prince Philippe of Belgium 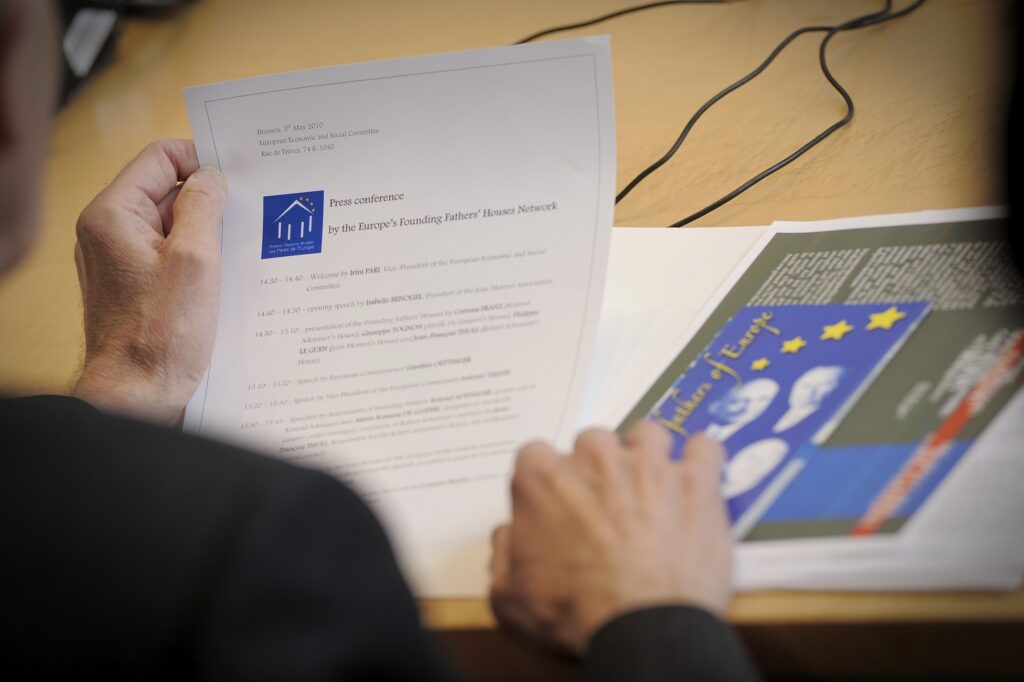 With this cross-border initiative, the Association is taking a decisive step in its development and its European outreach. The aim of this project is to bring together three other founding fathers' houses: the Stiftung-Bundeskanzler-Konrad-Adenauer-Haus in Bad Honnef, the Fondazione Trentina Alcide De
Gasperi, which can be discovered in Pieve Tesino, and the Robert Schuman House, a site of the Moselle General Council located in Scy-Chazelle 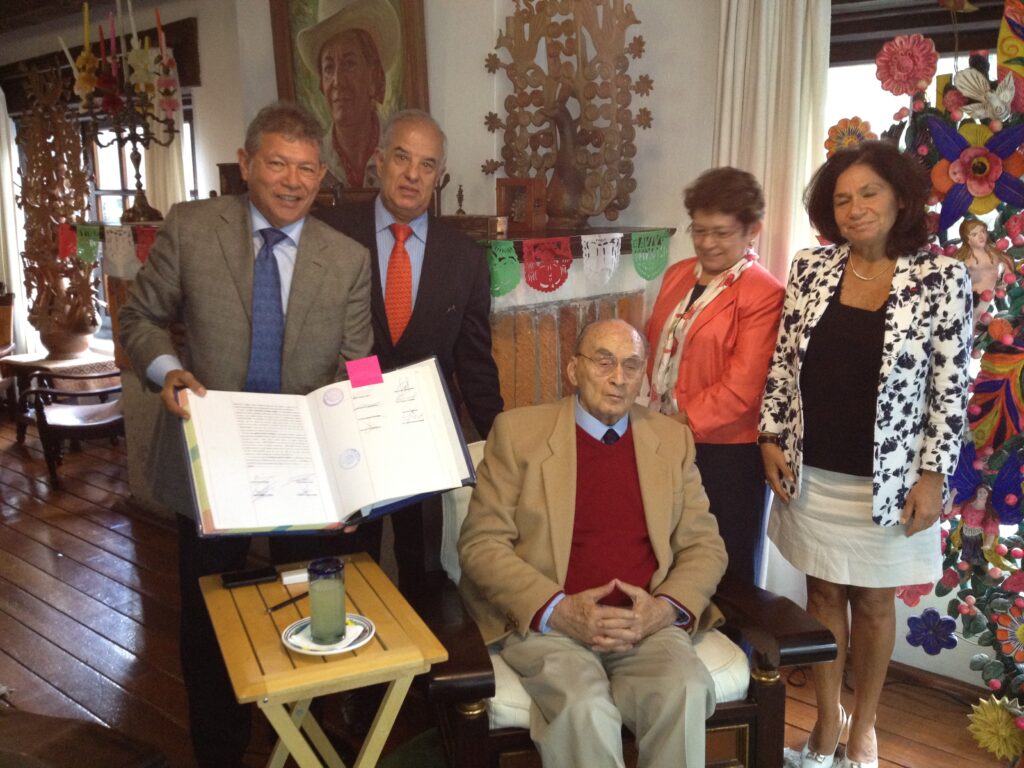 Signature of the creation of the Jean Monnet Institute 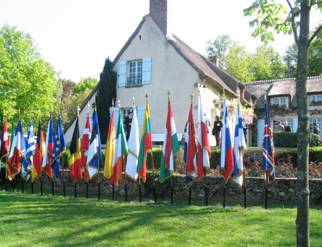 Since 2013, the Maison Jean Monnet has
the "Maison des Illustres" label. Awarded by the French Ministry of Culture, this label indicates places whose vocation is to preserve and transmit the memory of women and men who have distinguished themselves in the political, social and cultural history of France 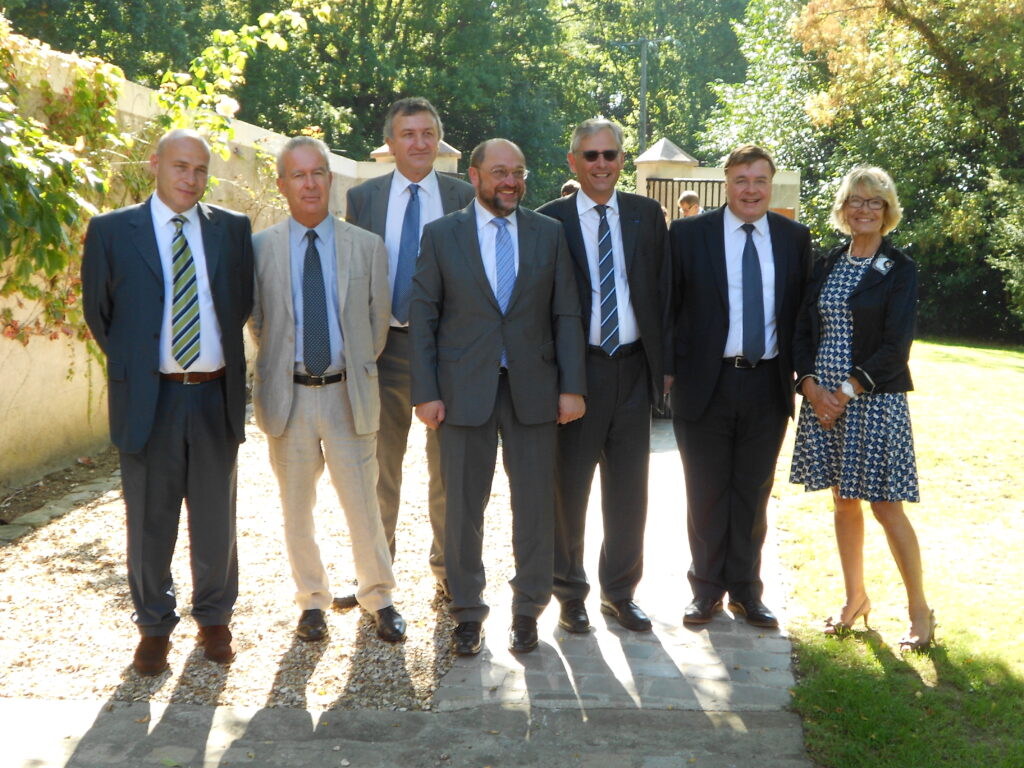 Executive Bureau of the European Parliament at the Maison Jean Monnet

Ioannis TheodoridisAdministrator of the European Parliament

Pascal Fontaineformer collaborator of Jean Monnet, vice-president of the Jean Monnet Foundation for Europe, administrator of the AJM

Maurice BraudPresident of the AJM

Martin SchulzPresident of the European Parliament

Philippe LauretteHonorary President of the AJM

Philippe Le GuenDirector of the AJM

Elisabeth Morin-ChartierMember of the European Parliament 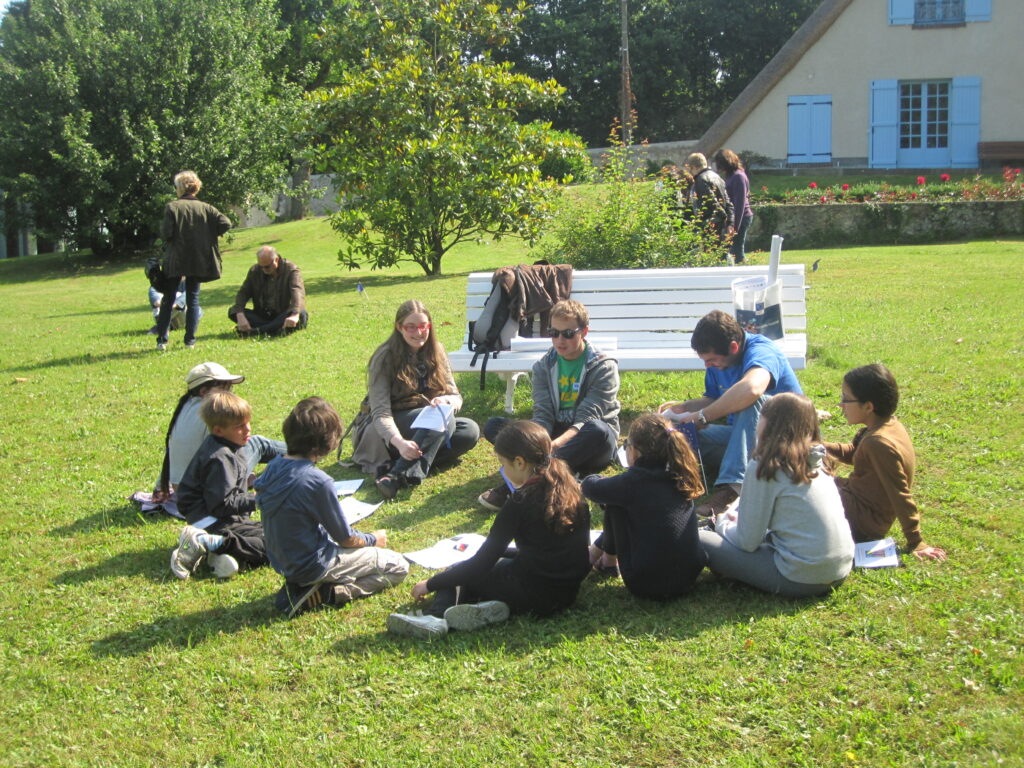 New Management for the House

the House of European History (Directorate-General for Communication of the European Parliament - DG COMM), which manages the site directly, taking over part of the AJM team.

the Jean Monnet Association retains a collaborative and advisory role in order to implement activities related to the animation of the site. 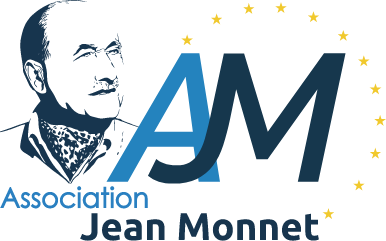 The association changes its graphic charter

and abandons its logo representing the House of Jean Monnet