A member in the spotlight 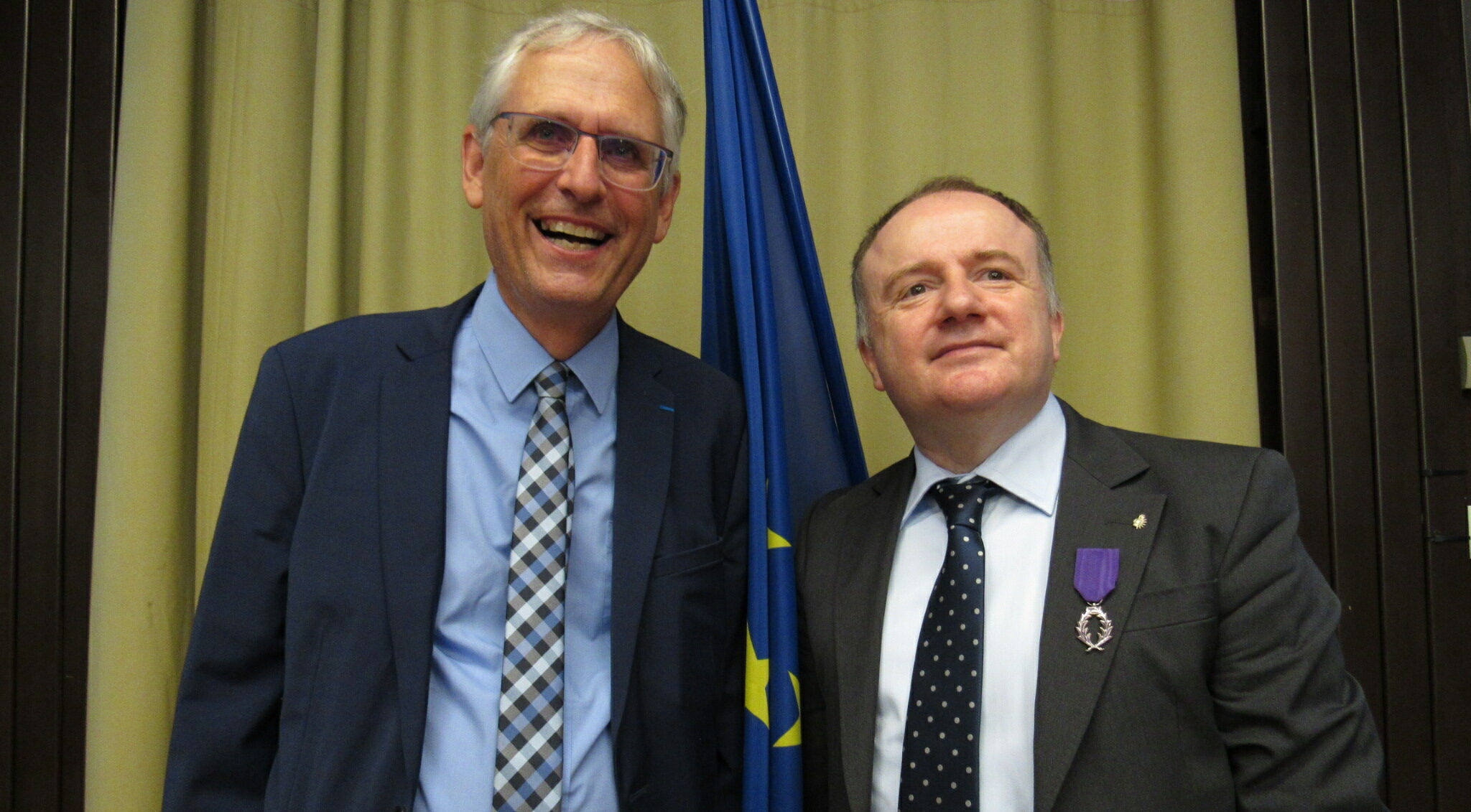 Home " Journal " A member in the spotlight

On 30 August, at the Maison de l'Europe in Paris, the Jean Monnet Association organised a reception in honour ofOlivier Védrine for his award of the academic palms.

Many people, family, friends and personalities surrounded Olivier for this event rewarding his work as a journalist and his commitment to Ukraine.

After the speeches of Philippe Laurette, Henri Malosse, Alexandre Melnik and Etienne de Poncins, the ambassador proceeded to the decoration of Olivier.

The latter recalled his involvement since the Maidan revolution, which led to the installation of a pro-European government, the production of films and programmes for Ukrainian television on Europe and his participation in the Russian opposition.

Olivier then gave the floor to his friend Julia Gershun, President of the "PEACE COMMITEE" foundation, who has been involved since the beginning of the war in helping to evacuate children and who presented the projects of her foundation in favour of Ukraine and the refugees.