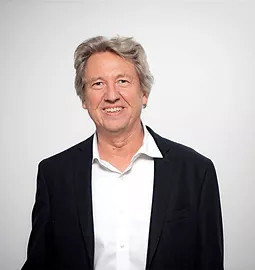 President of CEREINEC, a company specialised in the production of high value information for managers.

Pascal Junghans is the author of nine books, including

He has also participated in 6 collective works on management and crime. He has published numerous scientific articles in peer-reviewed academic journals.

From 2014 to 2019, Pascal Junghans was the founder and director of the foresight subsidiary of Entreprise & Personnel, a major management consulting group. Within this framework, he has accompanied 21 CAC 40 groups in their strategic thinking.

From 1998 to 2010, Pascal was an investigative journalist for the economic and financial daily newspaper La Tribune where he revealed important information such as Bin Laden's financial networks or the Russian mafia's financial presence in France.
In parallel, he was a columnist on BFM Radio. Before that, he was a journalist for the daily newspaper Libération and Le Monde de l'éducation. He began his career as a journalist at the magazine l'Etudiant from 1987 to 1991. In parallel, he was a columnist on RTL.

Pascal has made major reports in Russia (on one of the mafia), the United States, the German Democratic Republic (fall of the Berlin Wall), Romania (1989 "revolution") and Vietnam.

He started his career as a senior manager at Sécurité nouvelle, one of the 5 main French insurance brokerage firms, where he was responsible for liaising with the group's main clients on behalf of the CEO.

Pascal Junghans has a doctorate in management science (thesis on the processing of information by the managers of large companies) and is a graduate of the CIFFOP (postgraduate course in human resources at the University of Panthéon-Assas).