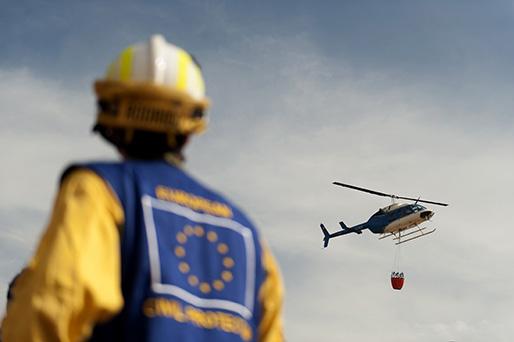 The striking image of thousands, tens of thousands, millions of Ukrainian refugees, mainly women, children and elderly people, crowding the borders of Poland, Slovakia, Hungary, Romania and Moldova in March 2022 had a certain déjà vu quality to it! Deja vu of films and newsreels from the Second World War, but also from the wars in Yugoslavia in the 1990s and more recently in Iraq, Afghanistan, Syria or Yemen.

All these horrors are upsetting to us. But they are all the more disturbing when they involve the territory of the European continent and more precisely the borders of the European Union. We have all been struck by the extraordinary outpouring of solidarity from the citizens of Europe, particularly from Ukraine's neighbouring countries. But, at the beginning at least, this great exile of refugees fleeing the horrors of war took place in a certain confusion, putting all the weight on the authorities, associations and citizens of Poland, Slovakia, Hungary and Romania. The European Union was largely absent, apart from the emergency aid that did not arrive immediately.

The absence of a European civil protection corps capable of immediate intervention was felt. It could have acted where national authorities and individual initiatives were slow to react.

The idea of a European civil protection corps is an old sea snake that the President of the European Commission, José Manuel Barroso, already had in mind fifteen years ago when he entrusted Michel Barnier with a report on the subject. At the same time, the European Economic and Social Committee, in an own-initiative opinion, already recommended it as one of the means of strengthening the feeling of belonging to the European Community for the citizens of the Union.

Since autumn 2021, the Jean Monnet Association has taken up the torch of a European initiative for the creation of a European civil protection corps. We, who are the heirs of the ideas of the founding father of today's Europe, Jean Monnet, believe that it is through concrete achievements that will improve the daily life of European citizens that we will be able to progress, step by step, towards a United States of Europe!

Before the tragic events in Eastern Europe awakened our fears and our consciences, we also had in mind the issue of natural disasters, forest fires and floods, which, unfortunately, are multiplying year after year with climate change

On the subject of forest fires, the Jean Monnet Association has noted that no Member State has sufficient airborne resources to fight several fires simultaneously on its territory. It is therefore necessary to call on other European neighbours, as Greece, Portugal and also France have recently done. But what a waste of time! There is a European cooperation mechanism, but it never intervenes before 36 hours at least, which is generally late when lives, homes, beautiful forests and landscapes are at risk! The fleets of specialised aircraft are ageing and Europe could also launch an investment programme to renew them.

This is why, through its commitment to this project, the Jean Monnet Association wants to bring together civil protection actors, European parliamentarians and representatives of other European institutions, industry and associations to draw up a "roadmap" for moving towards European civil protection corps to respond together in a more effective and more united way to the major challenges we are facing, in particular wars and the consequences of global warming,

Composed of existing teams in our states and regions, but supplemented by European volunteers and professionals, with equipment purchased by the EU, rapid intervention teams could be positioned in strategic locations for rapid intervention,

Thus the AJM humbly but decisively takes up the torch of the great Jean Monnet who said to the great Robert Schuman in his declaration to the French Parliament on 9 May 1950 that : Europe will not be built all at once, nor will it be built as a whole: it will be built through concrete achievements that first create a de facto solidarity. Each and every one of us can make a contribution to an edifice that will not be built in a day. Our Association wants to be at the heart of this revival of Europe through concrete action.