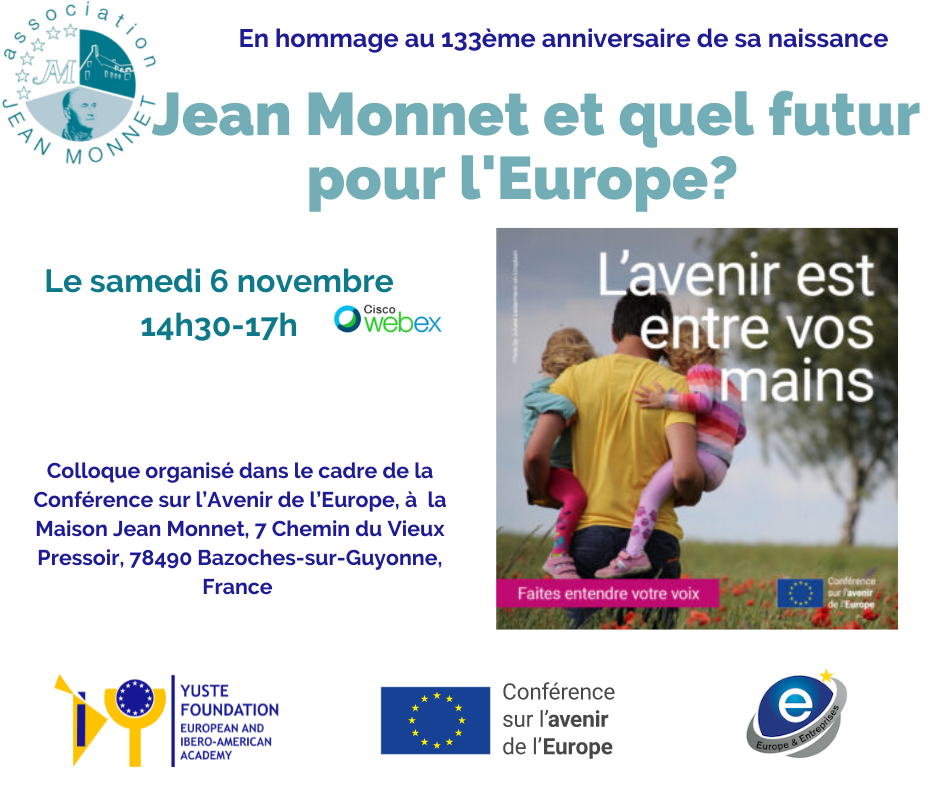 Home " Events " Jean Monnet and what future for our Europe?

14:30 Opening by Henri MALOSSE, President of the Jean Monnet Association

Colloquium organised in the framework of the Conference on the Future of Europe,
In tribute to the 133rd anniversary of Jean Monnet's birth

Read the article
Back to top
We use cookies on our site and we save your preferences to give you the best experience. By clicking on "Accept All" you agree to our use of all cookies. To change your preferences, go to "cookies settings".
Cookie SettingsAccepting everything
Manage consent